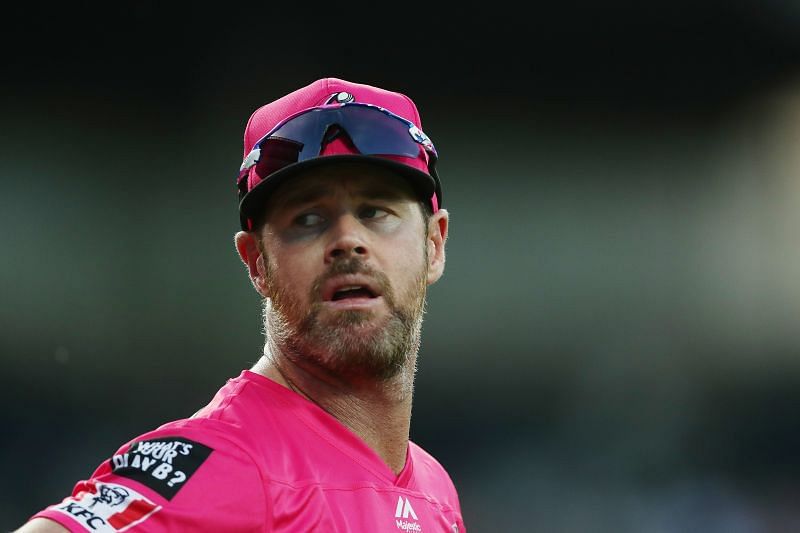 Dan Christian still hopes of representing Australia in the shortest format. The 37-year-old recently helped Sydney Sixers win the BBL. On the back of his strong all-round show, Christian was even named in BBL’s official Team of the Season.Australia have already picked their squad for the upcoming five-match T20I series against New Zealand, and Dan Christian missed out. But the all-rounder is harbouring hopes of playing the T20 World Cup, which will take place in India later this year.”Of course, it’s still alive (On representing Australia). I feel like I’ve been in good enough nick throughout the BBL to keep my name in front of the selectors. Contributing to wins I think is one of the most important qualities you can have as a player, and I feel like I’ve done that this season and I feel like I could still do that in the Australian T20 team as well,” Christian said.In BBL 10, Dan Christian picked up 15 wickets in 14 matches at an economy of 8.84. As a batsman, he played the role of a finisher for the Sixers, scoring 272 runs at a healthy strike rate of 182.5, while his average read 34.Sydney Sixers skipper Moises Henriques often turned to Christian to bowl at the death and during the Power Surge. The veteran Australian used his experience to good effect and helped out his team on most ocassions.Moises Henriques backs Dan Christian to play for Australia again Dan ChristianDan Christian is a veteran of the shortest format, having represented 17 different T20 franchises across the globe. Sydney Sixers skipper Moises Henriques, who backed Christian to play for Australia again, feels age is just a number for the 37-year-old all-rounder.”The way that he’s playing at the moment, contributing in almost every game that he plays in … age is just a number, I think Daniel is playing as good cricket as he ever has … so it’d be silly to say not to consider him if he’s still just achieving some of his best stuff now,” said Henriques.