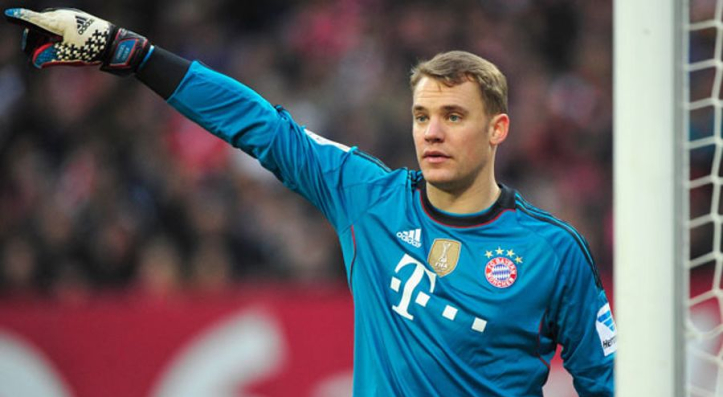 Bayern Munich kept their lead at the top of the Bundesliga table over the weekend following a hard-fought 1-0 win over Hertha Berlin on Friday night. In a match that offered few chances for either side as they battled with the elements as often as they did with one another, Bayern were once again forced to rely upon the superb talents of Manuel Neuer to make the most of slim margins. The capital side would have undoubtedly cursed the manner in which Kingsley Coman’s deflected shot looped over their own goalkeeper in the 21st minute to provide the only goal of the game, but were perhaps more perplexed at Neuer’s ability to keep the ball out of the net down the other end of the pitch. For example, Hertha’s midfield carved open Bayern’s defence just three minutes into the match when a through ball found Dodi Lukebakio deep inside the opposing box with just Neuer to beat. However, a low shot was met by the outstretched leg of the Bayern keeper and fired away. In an almost identical situation, Matheus Cunha then managed to beat the offside trap and ran through one-on-one to face Neuer with just one minute left on the clock. However, despite having just the shot-stopper to beat, the Hertha striker fluffed his lines before an outstretched Neuer and watched his dinked shot bounce wide. How good has Neuer been this season?This, perhaps more than any other facet of Hansi Flick’s side, is a recurring theme in this season’s Bundesliga. Sure, Robert Lewandowski scores goals each week and Joshua Kimmich tends to set them up on a regular basis, but it has been Bayen’s goliath between the posts that seems to cement the points each and every matchday. When we take a look at the league’s stats this certainly seems to be the case. Largely because Bayern’s defence has been far from their very best for much of the league campaign and Neuer has had to routinely bail them out. For example, while Bayern may be top of the Bundesliga if the table was instead ranked based on goals conceded they’d only be fifth. Equally, their accumulative xG against for the season also suggests they only have the fifth best defence in the league. This plays out in terms of how many shots Neuer tends to face per game too. So far this season Neuer has faced 212 shots – which suggests only 10 goalkeepers in the Bundesliga have faced more. And when it comes to how many shots the keeper has saved, he currently sits tenth among his top-flight peers. However, what makes Neuer stand out is the nature of his saves. When it comes to how many “super saves” each keeper has made this season, Neuer currently sits second in the division with 29. It’s also worth noting that despite facing more shots than half the division’s goalkeepers this season, only two shot-stoppers have amassed more clean sheets than Neuer in this current campaign. It can often be quite hard to really determine how good a goalkeeper is but in Bayern’s case they have a shot-stopper who is facing an unusual volume of shots this season and pulling off important saves each week. They say a world class goalkeeper can add 10 to 15 points to a team’s points tally by the end of the season and there are few in Munich who would doubt that Bayern’s current seven-point lead over the rest of the division is in no small part down to Neuer’s performances between the posts.