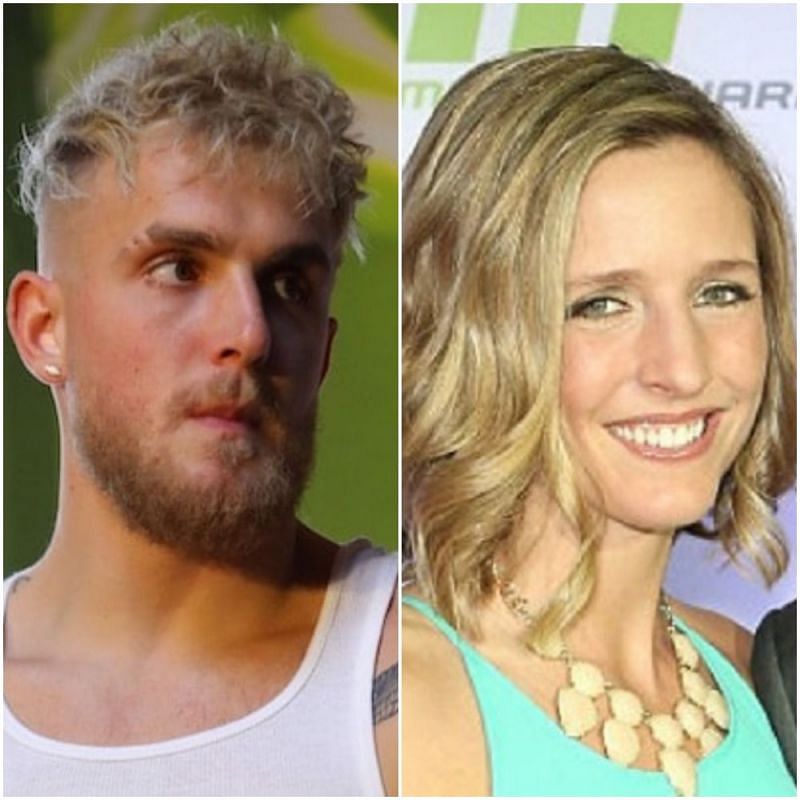 Jake Paul seems to like Ben Askren’s wife, Amy Askren, but she does not feel the same way.Jake Paul is scheduled to fight Ben Askren on April 17. In an interview to promote the fight, he recently made some comments about Amy Askren’s body.”She thicc, bro, with two Cs… Like T-h-i-c-c. She’s real thicc. I don’t know. just thought she was bad. So maybe after I beat Ben…”Jake alluded that after he was done beating Ben, Jake would give Amy a call. That has not gone his way, as Amy made fun of Jake for even trying.”Since you’re doing me a favor, I thought I’d do you a favor and just let you know you need to work on your pick up lines a little bit… They were a little weak. So, thank you!”Boxers normally make fun of each other before fights to amp up the audience, but this was a little different, as talking about one’s family is generally frowned upon.Amy Askren has better content than her husband and his opponent lol— AB (@BashaSaw) January 27, 2021Jake has since shrugged off the comment and has become more focused on his fight against Ben. It is clear that this is the best move because Amy is pretty fierce when it comes to defending the integrity of her and her husband’s relationship.

Related: YouTuber Jake Paul believes he’s ready to take on UFC star Conor McGregorJake Paul claims to be a great boxer but has yet to prove himselfJake Paul claims to have never been punched in his pro boxing career but in reality, he’s only gone through two fights. In those two fights, one opponent was YouTube star Oladeji Daniel “Deji” Olatunji and the other was a former NBA player Nate Robinson. Jake Paul isn’t a boxer. Neither is JJ. Let’s be real if Jake were to step into the ring with an actual boxer, he would be destroyed. He’s a fucking wannabe!— Perkrish (@perkrish) December 24, 2020Agreed 💯 …but let’s be honest, Jake Paul isn’t a real boxer and when he finally fights a real boxer all this discussion will be put to bed. Cuz that’s where this overconfident mama’s mama’s boy will be… KO’d pic.twitter.com/ZqVfDe059c— G-Man 🇨🇦 🏒🍁☘️ The Masked Irishman ☘️ (@Puck_Tough) December 5, 2020His newer fight with Ben Askren is as close as Jake has ever been to a real boxer. Ben Askren is a UFC fighter, most notably MMA, and is far past his prime. That isn’t to say that Ben won’t offer Jake a real challenge, but even if Jake wins, he would have beaten an aged and retired fighter. If Jake wants to be taken seriously in the boxing and fighting world, he has to train and get in some real matches.

More people would respect him if he fought real boxers, even the smaller ones. This pattern shows that Jake may be too afraid of losing to make a challenge to anyone who can possibly beat him.Related: Conor McGregor finally breaks his silence on Jake Paul
Published 08 Feb 2021, 04:42 IST