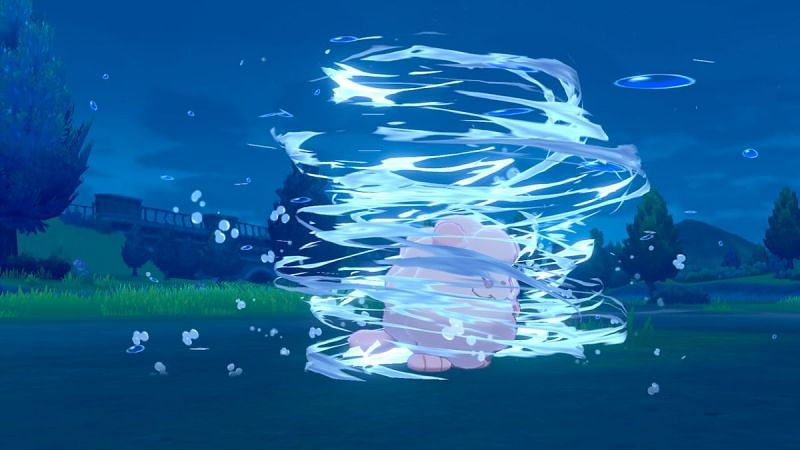 Over the course of two decades, Game Freak has introduced over a dozen Hidden Machine moves in Pokemon. Known as HMs by most, these moves are traditionally used to progress the story and allow you to access different areas. Some are also pretty solid in battle as well, expanding some Pokemon’s move pools. However, there are more downsides with HMs than there are upsides. For most of any Pokemon game, the moves are permanent until you find a Move Deleter. Also, since most are required for story completion, you have to have Pokemon with HMs in your party for certain parts of the game. As if this wasn’t annoying enough, there are a few HMs that Game Freak seemingly only introduced to annoy players. Here are three Hidden Machines that shouldn’t exist in Pokemon games. 3 HMs Pokemon players wish they could forget#3 – Whirlpool Image via Scykoh Exclusive to Johto, Whirlpool simply wasn’t needed for the games. Only usable to access the Whirl Islands, which you only have to do once throughout the entire story. Of course, the Islands are home to Lugia in Pokemon Silver and Soul Silver but only needing an HM one time is a cruel move by Game Freak. You can always delete it at a Move Deleter but it’s still annoying to teach a Pokemon. #2 – Defog

Image via The Pokemon CompanyAn HM only seen in Sinnoh, Defog always should have been a Technical Machine (TM). Featuring absolutely no battle usage, this HM replaced Flash from the previous generations. However, it was as equally useless and only helped the player in one or two sections of the game. Though, you can easily get through those sections without the use of Defog. #1 – Flash Image via The Pokemon Company The original useless HM, Flash comes in at number one on this list. In Generation I, where it originated, there was no Move Deleter, so you were stuck with the HM if you taught it to one of your Pokemon. While this issue was resolved in later generations, Flash is still absolutely meant for the Technical Machine category. In fact, for Generation IV and beyond, Game Freak decided to make Flash a TM like it rightfully should have been in the first place. When that happened, it was clear that Flash shouldn’t have been an HM.
Published 08 Feb 2021, 04:10 IST