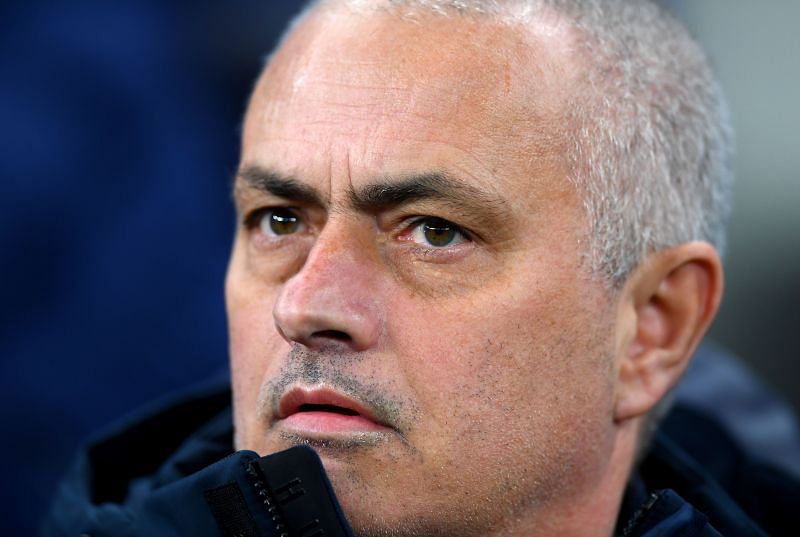 José Mourinho and Thomas Tuchel share a career connection in that they have both had to prove themselves against the odds in order to establish themselves as respected coaches in the world game. Both have succeeded in that particular challenge, but both men are now on very different trajectories.There was a symbolic handing over of the proverbial baton at the Tottenham Hotspur Stadium on Thursday evening as Thomas Tuchel became the first Chelsea manager since José Mourinho in 2004 to keep three clean sheets in his opening three games. Only a penalty from Jorginho separated the two teams, but the victory was much more convincing than the 1-0 score suggests.But the clean sheet statistic was only a subplot on a night when the failings of the now former ‘Special One’ were brutally exposed by Thomas Tuchel, a man representing the modern generation of coaching. José Mourinho was 41 when he arrived at Stamford Bridge as a European champion 17 years ago, and he paved the way for the next generation.Thomas Tuchel is 47, but he has already gained a wealth of coaching experience during spells at Mainz 05, Borussia Dortmund and Paris Saint-Germain over the course of the last decade. With a limited playing career to support his managerial ambition, José Mourinho’s journey to the top would have been an obvious influence and inspiration for him.A nightmare night for Eric Dier Eric Dier leaves the field after a night to forget against ChelseaThere is a positive energy that surrounds Thomas Tuchel, and on Thursday night we saw the first real signs of how his character is beginning to reflect on this Chelsea side. Playing with an attacking confidence and an authority of control on proceedings, Tottenham Hotspur were left lost and confused in the middle of the park.Eric Dier the most visibly rattled in the centre of defence. Giving away the decisive penalty in the opening half and then testing his own goalkeeper after the restart with a back pass so fierce that Hugo Lloris could only head it clear, his performance reflected the unnerved state of this Tottenham Hotspur side.The emotions of both managers were clearly visible on the sidelines, and as Thomas Tuchel bounced with excitement and exuberance as his team pushed forward with purpose, José Mourinho cut the figure of a man in distress and despair, with young assistant João Sacramento copying his actions as if to justify the obvious desperation of his boss.The direction of Tottenham Hotspur under José Mourinho is under even more intense scrutiny now than ever before. An unexpected appointment when he replaced Mauricio Pochettino in November 2019, it always felt that this was a challenge 10 years too late for the Portuguese, and now it has taken a man more than 10 years his junior to emphasise that point.

Thomas Tuchel – A coach for the next generation Thomas Tuchel is desperate to achieve immediate success with ChelseaThomas Tuchel has shown himself to be an innovative and effective manager. His relative youth means that he has a confidence to play with positivity. Despite still finding his feet in the Premier League, Thomas Tuchel’s new-look Chelsea took the game to Tottenham Hotspur in this London derby at their own stadium, and his approach was rewarded with a deserved victory.José Mourinho made his usual pre-match attempt to rattle Thomas Tuchel by explaining how easy it is to deliver success at Chelsea, but rather than unsettle his opposite number, it served only to publicly dismiss the efforts of his former midfield general Frank Lampard. The only talking left for José Mourinho now is on the pitch, and the gagged performance of his team on Thursday does not reflect well on him.“I don’t think it’s very difficult to coach at Chelsea because I was champion three times, Carlo Ancelotti was champion, Antonio Conte was champion,” said Mourinho ahead of the game. “Chelsea always have great players and great squads and good coaches are happy to work with these clubs and with players who give you a very good opportunity to be successful and win titles.”

Pep Guardiola famously called out José Mourinho’s manipulation of the media in April 2011 during the height of their La Liga rivalry. The competition between Barcelona and Real Madrid during that famous era was one of the most intense in the world game, but ultimately, it was the results that mattered as Pep Guardiola’s Barcelona established themselves as one of the greatest club sides in football history.Thomas Tuchel will remind José Mourinho of his younger self. Competing against the challenge of not having an established playing career to support his coaching credentials, Thomas Tuchel has had to prove himself from scratch and gain the respect of changing rooms across Europe in a very different way. Likewise, José Mourinho is now having to prove to his players that he is not yesterday’s man.Lifting the sombre mood around Stamford Bridge Frank Lampard will have regrets over his time in charge at ChelseaFrank Lampard was no doubt inspired by José Mourinho more than most young managers in the game, such was the success and mutual respect they shared during their time at Chelsea. However, the arrival of Thomas Tuchel appears to have lifted the mood around the club, and it seems Frank Lampard had taken his team into a repressed state more familiar with that of his Portuguese mentor.This is the situation that Tottenham Hotspur now find themselves in under José Mourinho. In addition, the injury to talisman Harry Kane serves only to highlight how much the England striker was papering over the deep cracks that come with allowing José Mourinho to instil too much of his character on a club and a project of this size.

Of course, these are still very early days for Thomas Tuchel at Chelsea, but the signs are positive. Meanwhile, Tottenham Hotspur are heading in the wrong direction under José Mourinho after what was an encouraging start to the campaign. This is far from a normal season for many reasons, but adapting to an evolving situation does not suit the ingrained one-dimensional methods of José Mourinho.Thomas Tuchel signed an 18-month contract when he arrived at Stamford Bridge. It reflects the nature of the club in terms of their high managerial turnover and the demand for instant success. There is a longer-term plan in place at Tottenham Hotspur, but it’s difficult to see José Mourinho lasting longer in the job than Thomas Tuchel. The baton has been well and truly passed.Managing behind the scenes The contrasting fortunes and futures of José Mourinho and Thomas Tuchel

There are few clubs with more internal politics than Chelsea, Real Madrid and Paris Saint-Germain, but these are environments where José Mourinho and Thomas Tuchel have cut their teeth. They are different characters with different approaches to the challenges presented by the demands of delivering success at these giants of the European game.José Mourinho has stamped his authority by ostracising players that wield power in the changing room. From Iker Casillas at Real Madrid to Dele Alli at Spurs, it is the mark of José Mourinho that he uses those at his disposal to send a public message to the rest of the group. There are many others in between that have been used as pawns in these tiresome and repeated mind games.By comparison, Thomas Tuchel could have easily taken the same approach with Kylian Mbappé and Neymar in the French capital, but unlike his Portuguese rival, he chose not to throw them under the proverbial parked bus in a show of his own power and influence. Thomas Tuchel almost frustratingly kept a positive relationship with his group of players, and privately won them over.Cutting a desolate figure in his post-match press conference, José Mourinho told one reporter that she did not deserve to know why Gareth Bale remained on the bench in the 1-0 defeat. It was a reflection of a darker side to his character that comes out only in the most critical of situations.What next for José Mourinho and Spurs? The future of José Mourinho at Tottenham Hotspur is far from clear

However, there will be many at Tottenham Hotspur deserving of an answer to this and many other questions in the aftermath of this latest low point. Meanwhile, instead of José Mourinho giving his players answers on the field, they were also left with many questions of their own as Chelsea eased their way through his rigid and ultimately flawed tactical plan.This is not the football that Daniel Levy envisaged when he sanctioned the investment and redevelopment of White Hart Lane, but it was what he was always likely to get with José Mourinho. While the Mauricio Pochettino era may have run its course with defeat in the 2019 UEFA Champions League final, José Mourinho was never realistically likely to lead the club to a successful future.Meanwhile, Thomas Tuchel has shown that he has the character to succeed in the Premier League. Chelsea are embracing the opportunity to show that under Thomas Tuchel, they will not be afraid to compete with an offensive approach.On Thursday night, Spurs not only suffered at the hands of their rivals, but they were beaten by a club enjoying the start of a new and exciting era under Thomas Tuchel, a modern coach. It is a situation so far removed from what they will experience under José Mourinho that they could only wish for something similar right now.
Published 06 Feb 2021, 00:29 IST