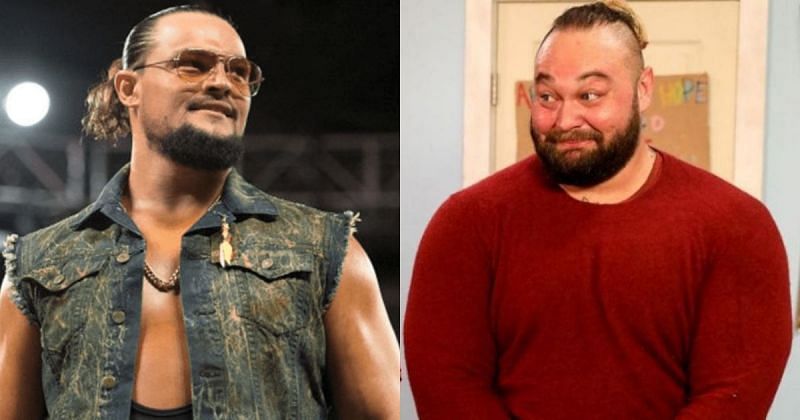 Bo Dallas was always tipped to replicate his NXT success on the main roster; however, it was Bray Wyatt who made it big in the WWE from the Rotunda household.It’s been a while since we saw Bo Dallas on TV, and there continues to be a lot of speculation about the 30-year-old Superstar’s whereabouts. For years, one of the biggest mysteries has been this: Why hasn’t WWE thought about pairing up the real-life brothers on TV?Well, the idea was pitched years ago by Arn Anderson.While reviewing the Fastlane 2016 PPV on the ARN podcast on AdFreeShows with Conrad Thompson, Arn Anderson revealed a pitched storyline featuring Bo Dallas on Bray Wyatt.Arn Anderson said that Bo Dallas’ failure on the main roster came down to the Bolieve gimmick that was handed to him. Anderson had a better idea that involved adding Bo Dallas to The Wyatt Family as Bray Wyatt’s babyface brother.Anderson gave a scenario wherein Mike Rotunda – Bo& Bray’s father, would come out during one of the Wyatt matches. The plan would have been for Erick Rowan and Luke Harper to attack Mike Rotunda, but instead of joining in, Bray Wyatt would stop Harper and Rowan.It would then be revealed that Wyatt was indeed Rotunda’s son before Bo Dallas was introduced into the fold.”Let’s just say, and at that time, I pitched a deal where you brought him in with the Wyatts, and you told him who he was. He was Bray Wyatt’s brother, and he was Mike Rotunda’s son, and you know, do a deal where, let’s just say that Mike came down during one of the Wyatts matches in his capacity as a producer was trying to break up a fight that let’s just say, Big Red and Brodie Lee, they dropped Mike and for the first time you had Bray Wyatt, you know, who, other than join in what was going in with the other two Wyatts, he pulled them off and said, ‘Not him, not him.’ Now you’ve found out that he is the son of Mike Rotunda because I don’t think that it was 100 percent everybody knew that.”It would have given him a better launching pad: Arn Anderson on how the Bray Wyatt story would have helped Bo Dallas

Arn Anderson felt that having a babyface Bo Dallas in a group filled with giant monsters would have opened up different avenues. It would have been a more stable launchpad for Bo Dallas’ WWE career.”Now you have the Wyatts back off, and Bo introduced like the babyface other brother, who he really is. You put him there with that group, and you’ve got all these monsters with these foot-long beards, and there you’ve got this babyface who is Bray Wyatt’s legitimate brother, and you know, he’s standing over here, and it would just open up different avenues to give the kid a chance to get started and in the mix with top talent. You could have went anywhere with that. Just as an example. I know that’s long-winded, and it was just something that was pitched, but it would have given him a better launching pad than having him run around with a Bolieve sign.”

Bo Dallas still has age on his side but could a WWE return after a potential repackage salvage his WWE career?If any quotes are used from this article, please credit ‘ARN’ and give a H/T to SK Wrestling, and link it back to this article.
Published 06 Feb 2021, 04:49 IST