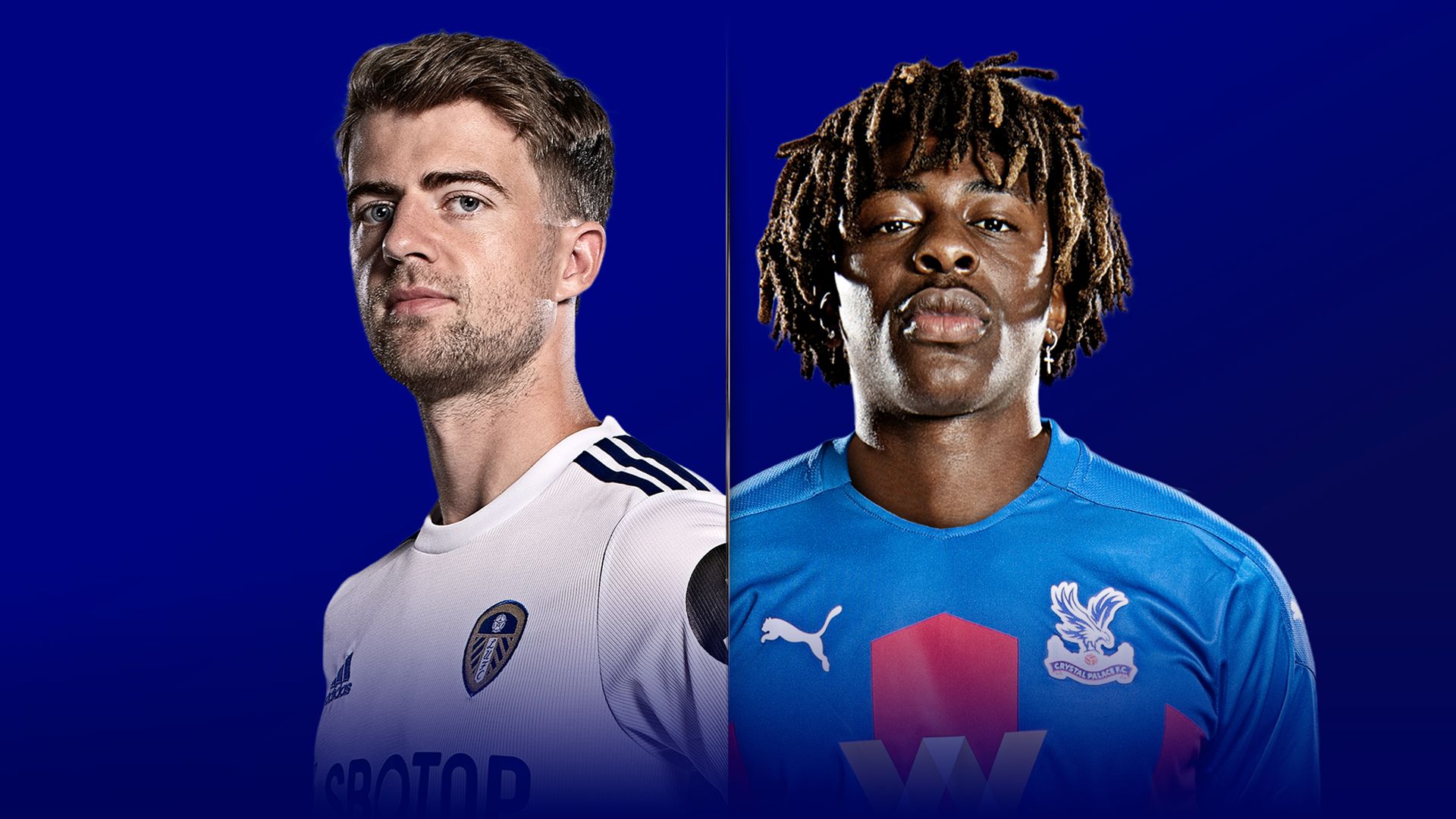 Team news and stats ahead of Leeds vs Crystal Palace in the Premier League on Monday; kick-off 8pm.
Team newsLeeds will be without Rodrigo and Ian Poveda again for their home game against Crystal Palace.
Forward Rodrigo (muscle strain) and winger Poveda (ankle) are expected to be out for several weeks after both missed the midweek home defeat to Everton.Marcelo Bielsa has no new injury concerns but is still without defenders Robin Koch (knee), Diego Llorente (muscle strain) and Gaetano Berardi (knee), plus midfielder Adam Forshaw (hip).Crystal Palace could be without 10 first-team players for the trip to Elland Road on Monday.

Wilfried Zaha (hamstring) is the latest to join the injury list, but Joel Ward will need to be assessed after he missed the midweek win away to Newcastle with a knock.
Wayne Hennessey (thigh), Nathan Ferguson (knee), Mamadou Sakho (thigh), James Tomkins (eye), James McArthur (muscle), James McCarthy (groin), Jeffrey Schlupp (hamstring) and Connor Wickham (thigh) are all ruled out.
How to follow

Leeds vs Crystal Palace will be broadcast live on Sky Sports Premier League from 7pm on Monday; kick-off at 8pm. Sky Sports customers can watch in-game clips in the live match blog on the Sky Sports website and app. Free highlights will also be published on the Sky Sports digital platforms and the Sky Sports Football YouTube channel shortly after the final whistle.Jones Knows’ prediction

FREE TO WATCH: Highlights from Crystal Palace’s win against Newcastle

Trying to predict match outcomes and results in the Premier League is a tough job at the best of times but Leeds make it an impossible one. Since drawing 0-0 with Arsenal on November 22 they’ve won six and lost six of their last 12 matches. Apart from a low-key performance at home to Brighton they remain quite consistent in their process but working out how their process will affect a certain game in terms of the result has been hurting my brain.Yes, six of Leeds’ nine Premier League wins this season have been against teams in the bottom half but Palace thumped them 4-1 in the reverse fixture at Selhurst Park and Roy Hodgson’s men arrive here with back-to-back wins under their belt. Like many Premier League football matches, all three match outcomes are easily argued with the odds on offer. With Palace’s injury troubles, I’ll edge towards a home win with no confidence behind it.With the way Leeds play at such relentless speed, the game gets stretched on plenty of occasions in their fixtures. Palace like to play on the break and rank fourth for most fouls won this season in the Premier League.Mateusz Klich usually finds himself exposed chasing back counters and it’s no surprise to see him ranked third of all players in the Premier League for fouls conceded (37). He should give you a good run to pick up his sixth booking of the season at 13/5 with Sky Bet.JONES KNOWS PREDICTS: 2-1BETTING ADVICE: Mateusz Klich to be carded (13/5 with Sky Bet)Opta stats

FREE TO WATCH: Highlights from Everton’s win against Leeds

Three of Crystal Palace’s eight Premier League wins this season have come against the newly-promoted teams – they haven’t won four in a row against newly promoted teams since a run of five between January and September 2015.This season, Leeds striker Patrick Bamford has scored in two Premier League games against teams he’s previously played for in the competition, netting against Crystal Palace and Burnley. The last player to score in three Premier League games against former teams in a season was Romelu Lukaku in 2017-18 (vs Everton, West Brom and Chelsea for Man Utd).Leeds’ Raphinha has been directly involved in four goals in his last three Premier League games (2 goals, 2 assists), as many as he had in his first 13 in the competition (2 goals, 2 assists).Crystal Palace’s Eberechi Eze has been involved in as many Premier League goals in 2021 in six appearances (2 goals, 1 assists) as he was in 14 appearances in 2020 (1 goal, 2 assists), though two of those were against Leeds in November, when he both scored and assisted.Pitch to Post Preview – Liverpool v Man City special: Jamie Carragher’s verdict, team news & line-ups, and the standout stats
In this week’s Pitch to Post Preview Podcast Sky Sports pundit Jamie Carragher joins Peter Smith for an in-depth look at Sunday’s big clash between Liverpool and Man City.Carragher gives his verdict on whether Liverpool can recover in the title race after their defeat to Brighton – and what they will have to do to beat Man City in their must-win match at Anfield.We also hear the latest from both clubs, with Sky Sports News reporters Vinny O’Connor and Ben Ransom sharing the team news and discussing the selection issues ahead of the game.And Sky Sports stats star Matt Cheetham has the numbers behind the five key areas of the game, so listen in and impress your mates with his stats and facts! He also makes his Pitch for what will happen in the match – and reveals whether the data backs up the predictions made by some of Sky Sports’ Twitter followers!Subscribe to the Pitch to Post Podcast on Apple | Spotify | Castbox | Spreaker